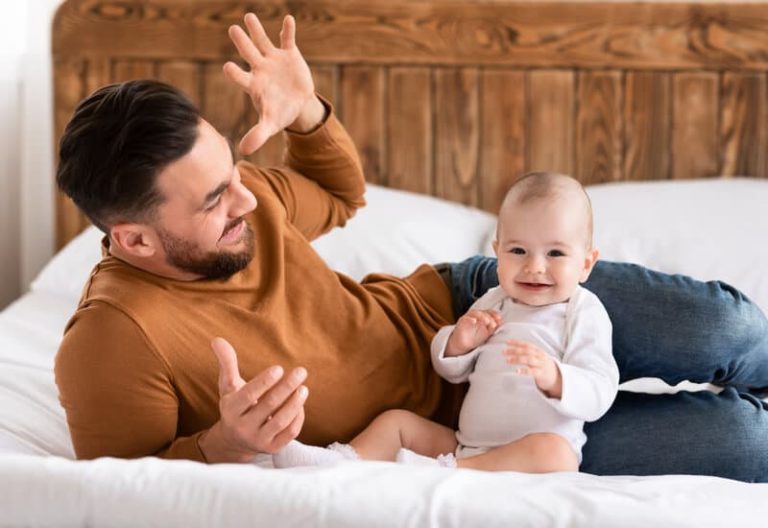 Establishing paternity means identifying who the legal parents of a child are. In most cases, the recognized legal father is the person the child’s biological mother is married to.

Establishing paternity is important for the emotional development of a child because it allows them to feel that they have a father who would protect and care for them. On top of the emotional benefit, there are also legal benefits afforded to a child that have to be fulfilled by his father including:

Under circumstances where a child is not born to a married couple, that child will not have a legal father and so paternity will still have to be established. In California, this can be done in one of two ways: through signing an official declaration of parentage or paternity or getting a court order.

At 805 Law Group, our paternity action lawyers in San Luis Obispo believe that children must have a family that will supply all their emotional and financial needs. That is why we are committed to making sure all children have fathers to look up to.

Below are the way you can establish parentage if the parent are not married to each other.

Signing a Voluntary Declaration of Parentage or Paternity

The voluntary declaration of parentage or paternity form is a California government form that can be signed by a child’s mother as well as another parent which will then establish them both as the legal parents and guardians of the child.

Once the form is signed, you will have to file it with the California Department of Child Support Services (DCSS) Parentage Opportunity Program (POP) for it to be finalized and effective.

As the name suggests, this form must be signed voluntarily by both parties with neither party being forced to do so. If signed and filed correctly, the declaration of parentage or paternity will have the same effect as a court order- legally establishing the parental relationship of the signatories and the child.

Getting a Court Order

In cases where the two parties are unwilling to sign the document or let the other sign, a court order might be necessary. This works both ways- a man who believes he is the biological father of the child might file a paternity action case to gain the legal recognition to be the father of the child and gain visitation and custody rights.

Or the other way around; a mother could file a paternity case to establish as the legal father the man whom she believes is the biological father of the child. This could be done by the mother to demand support for the child.

Other individuals who could file a paternity case for a child include the child himself or his guardian to demand parental support or demand benefits including life insurance, disability, survivor, or veteran’s benefits. The department of social services and other relevant government agencies can also file a paternity case to ask for reimbursement for the public assistance spent on the child.

When filing a paternity suit, the filer would be known as the petitioner while the alleged father is known as the respondent.

Do keep in mind that a court order is not always necessary to establish a man’s paternity of a child; a paternity action suit is not necessary if:

Parenthood according to the law does not always follow the biological rules of parentage, which can make understanding family law confusing. If you have any concerns regarding paternity and paternity laws, don’t hesitate to talk to our San Luis Obispo family law attorneys to get answers to your questions.

When the court wants to investigate the parenthood of an individual in relation to a child, they would conduct DNA tests. DNA is the genetic material that contains your unique genetic code which can be understood to be the instructions that make you up.

Your DNA is a mixture of your parents’ DNA and is unique to you such that no other person to have ever existed will have the same genetic code as you- even twins are genetically distinguishable even if they look very identical.

Since a child inherits part of his parents’ DNA when he is conceived, paternity and parentage can be analyzed by collecting DNA samples from the father and the child, sequencing these samples, and comparing these samples electronically. If there is sufficient similarity between a parent’s and a child’s DNA, it should mean that that child is borne of that parent.

When conducting DNA tests to establish fatherhood, DNA samples will be acquired from the patient by gently rubbing a sterile cotton swab on the insides of the person’s cheeks. These swabs will be then sent to a lab for testing.

Understanding family law is already hard in itself, dealing with legal paperwork on top of that is even harder. As San Luis Obispo County attorneys, we understand how complex paternal actions and parenthood dispute cases can get, even for lawyers.

If you are considering or in the process of going through a paternity action case, don’t hesitate to let our San Luis Obispo paternity action lawyers help you. We are knowledgeable on family law and, like you, want what’s best for your child and every other child.

Call us now to get help in your child custody, child support, alimony & spousal support, divorce, and other family law matters in San Luis Obispo and Atascadero, CA.